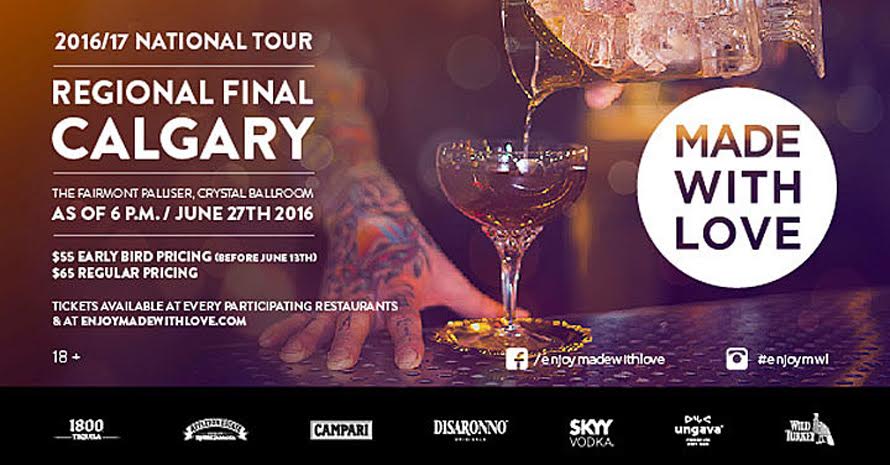 Made With Love is Canada’s premier mixology competition and is a wonderful opportunity to learn more about your city’s craft cocktail scene and what it has to offer by sampling unique and original cocktail and food-pairings by 16 of the city’s most talented BarChefs.


History of the Event

The competition started in 2009 in Montreal (which is known for having a killer cocktail scene) to showcase the craft of the bartenders in the city. Made With Love has now become an annual event and has grown to include eight Canadian cities and two destinations in Mexico, as well as hosted over 30 cocktail competitions. There are rumours that the competition will soon expand to the United States. The mission of the event organizers is to “democratize mixology and the cocktail culture by hosting a series of memorable events that bring the public to a place of intense creativity and entertainment.”


How the Competition Works

There are 8 Qualifier Events and 8 Regional Finals Events which take place in Calgary, Halifax, Winnipeg, Montreal, Quebec City, Vancouver, Toronto, and Ottawa. A judges’ choice winner will be selected and determined by the originality, creativity, and taste of the cocktail. This means that judges will be looking for passion, expert knowledge, distinct ingredients, and the way the competitors incorporate these elements into their cocktail creation. In addition, the audience gets to vote for their favourite cocktail and select the public’s choice winner. The winners of the Regional Finals Events will then get the chance to compete in the National Final in Quebec City in May 2017 to attempt to win one of 8 trips to one of Made With Love’s affiliated distilleries. Every year the city of the National Final changes. 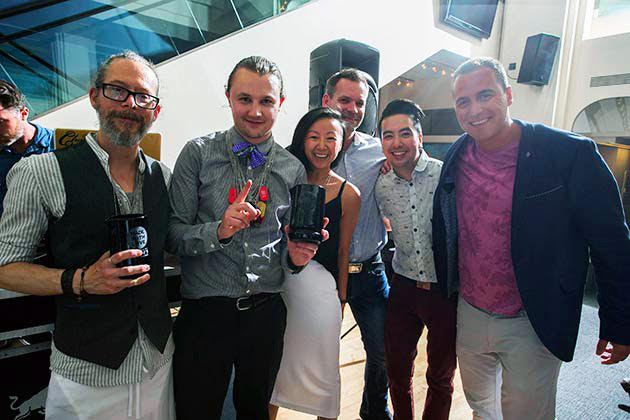 The Made With Love 2015 Calgary Regional Finals Winners, on the Far Left is the Judges’ Choice Winner, Nathan Head (who is owner of the Milk Tiger Lounge) and next to him is the Public’s Choice Winner Shelby Goodwin (who now bartends at the Derrick)

Would you like to win tickets to Made With Love and try cocktails and food pairings from the best mixologists in Calgary? I am giving away 2 tickets to the Made With Love 2016 Regional Finals in Calgary taking place in the Crystal Ballroom at the Fairmont Palliser! Must be 18+ to win and attend. The contest will run from today until midnight June 24, 2016 Mountain time. The winner will be drawn and contacted on June 25, 2016 by email or the Social Media you used to enter the contest. Enter below. Good luck!

If you would like to purchase tickets to the event you can do so here. It also contains a list of competitors and sponsors.


What is your favourite cocktail or the most unique cocktail you have ever had?


This giveaway and pictures were courtesy of Made With Love.